Hybrid app development services can help your business reach the largest possible mobile audience in the shortest amount of time. There is a lot of competition among mobile apps to attract and retain users. If your mobile app is limited to a single operating system, you could be missing out on a larger audience.

Hybrid mobile app development combines web and native app development features to create stunning cross-platform apps that can be run at near-native levels on iOS, Android, and Windows. Partner with skilled hybrid app developers to bring your mobile app to life on all major mobile platforms.

Our dedicated mobile app development team will get to know the ins and outs of your business. We will help you determine which development strategy is most aligned with your needs and business goals. Many companies find that hybrid app development meets their needs, exceeds their performance expectations, and is often more cost-effective than alternative options.

The Benefits of Hybrid App Development

The primary benefit of hybrid app development is having a digital product that can be used on all mobile operating systems. The two major mobile platforms are iOS and Android, although hybrid apps will work on the less popular Windows OS too. There are several reasons why cross-platform apps are beneficial to businesses, but the main selling point is reach.

Anyone with a smartphone can use a hybrid app. On the other hand, native apps are limited to one specific operating system. Most businesses want to reach as many potential users as possible with their mobile apps. Hybrid mobile apps provide one of the best opportunities to reach the largest number of users without developing multiple native apps.

At Koombea, we can build you a stunning hybrid app that runs on all of the most popular mobile devices. Our hybrid apps have such rich User Interface and design elements that you will swear they are native.

Second, hybrid apps only need to be coded once. If your business wants to reach both iOS and Android users, you will have to develop two native apps. Developing two apps costs more money than developing one app.

Beyond cost savings, being time-efficient has other benefits that we like to share with our partners. For example, a shorter development time means getting your product out to market faster. Sometimes being the first to market gives your business a competitive edge that can’t be matched. Shorter development times are also beneficial for businesses trying to validate their ideas.

At Koombea, many of our partners are early-stage startups. At the earliest stages of your business, creating an MVP that requires less development time than a fully developed product is more beneficial. With an MVP, your business can quickly validate ideas and make changes. Hybrid apps are better suited for MVP development than native apps.

If your mobile app is successful, maintenance will represent your company’s largest expense. Hybrid apps are easier and cheaper to maintain than alternative options. Why is that? Hybrid apps are built on HTML, CSS, and JavaScript. Maintaining this codebase is far simpler than maintaining a Swift or Kotlin codebase.

We combine a DevOps approach with our own unique agile methodology to build apps efficiently and effectively. Our developers use several frameworks and tools to bring hybrid apps to life. Our favorite hybrid app development frameworks include React Native, Ionic, PhoneGap, and Xamarin.

At Koombea, we work closely with your team to build an application that meets your needs. We won’t force your app to use certain technologies that are not aligned with your goals. Instead, our dedicated team of hybrid app developers will help you choose the best technologies and thoroughly explain all options available to your business.

We believe that partnership yields the best app development results. So when your company is ready to build a hybrid app that looks and feels like a native app, Koombea is here to deliver world-class service and technical skills.

Technology advances rapidly. The hybrid app you built five years ago could probably be modernized to take advantage of the latest native features and development frameworks. But unfortunately, many companies don’t realize that they can modernize their apps instead of settling for outdated capabilities or rebuilding.

Don’t fall behind the times. Outdated apps will quickly be abandoned in favor of applications that can utilize the latest technologies. Koombea is here to help your business salvage its current hybrid app and modernize its capabilities.

Do you have a hybrid app that keeps getting rejected from the app stores? Do you have an app that consistently delivers a poor User Experience because of bugs and other errors? Koombea is here to help your company fix the errors and bugs plaguing your hybrid app.

Our skilled developers will thoroughly review your code, find all errors, and make the necessary adjustments to deliver a flawless User Experience. Even if we didn’t build your hybrid app, our team could help you fix it. So don’t settle for an error-prone application. Fixing these errors and bugs can have a significant impact on your business.

Digital security is a critical concern today. Hybrid apps with poor security standards are vulnerable to cyber-attacks and data breaches. Security issues affect your organization’s ability to conduct its business, and they also damage your brand image and hurt your company’s reputation. Everyone needs to take security seriously if they have a digital product like an application or website.

At Koombea, we take security seriously. Security is a vital part of our hybrid app development process, but even if we didn’t build your app, we could help you take the security measures necessary to protect it. Our security experts will help design and implement a robust security architecture that combines high-level data encryption with the latest security technologies and techniques.

Even if our skilled app development team didn’t build your hybrid app, we could still help you maintain it as issues arise. Keep your app up and running at all times. Let Koombea handle the maintenance and support needs of your organization’s hybrid app. Nauty 360’s platform will take you on the sea adventure of a lifetime. 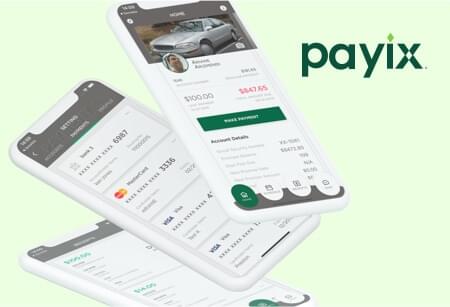 We have been designing and developing world-class websites, apps, and other digital solutions since 2007. We have worked with some of the most innovative brands in the world, from early-stage startups to Fortune 500 companies. Mobile app development is critical for modern businesses that want to compete at the highest levels, and we are proud to offer our insights and development expertise.